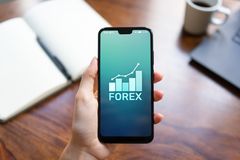 How trading on mobile vs.desktop changed my outlook on Forex markets.

I had never experienced what Forex trading on the GO felt like. The trading style that I religiously followed was “Plan your trade and trade your plan”
But looks like my theory was going to be challenged with the revolution of mobile trading.
In 2007-2008, When trading on the handset had  become quite a craze, I looked at the idea with a bit of suspect.
I come from a school of trading where using advanced software providers like Bloomberg and Reuters analytics is frequently used to get an edge in Forex trading and entering positions.
In my opinion, Currency trading on a handset has its own challenges like lack of focus, impulsiveness and lack of patience for eye for detail.It goes without saying that these 3 things are most important set up of a trader’s character when trading without which failure is just around the corner.  But Markets have a way of adjusting themselves after all markets are nothing but people’s emotions at play.
Today, Forex traders move freely around the world and freedom to move is the top emotion in today’s world. This emotion of freedom is reflecting in the way markets move now compared to how it moved 10 years ago.
With multiple options available for Forex trading these days, the amount of people wanting to engage in Currency trading while moving is in huge demand.
Lots of financial trading apps have made their way to trader’s phones giving them a cutting edge in trading.
This new style of mobile trading has increased market participation from a few to many adding a lot of liquidity to markets. Liquidity is the pulse of trading without which no market would survive.
So I would conclude by saying that Mobile trading should be a priority with necessary apps to guide the trader with desktop or web based versions to be used only for analysis or back-up.